“O Brasil sempre teve música que confrontasse a elite” - Deafkids em entrevista
After three solid and sound-defining records, in May of this year we were presented with A Gaze Among Them, an admirably potent, unapologetic and vast sounding album. Going with the formerly established intent to access a more minimalist kind of soundscape for this record, they managed not to lose any impact, rather feasibly swelling it on an emotional level. This is a feature mostly present due to the stunning voice that is Robbin Wattie’s. There is indisputable allure in their resourcefulness, with an outcome of firm and thorough assortments of tracks that fit too loose or too tight in a precise genre, while being straightforwardly recognized as belonging to Big|Brave.

It was this dynamic that nurtured a successful North-American tour through the months of August and September, while performing alongside Sunn O))), Primitive Man, Elizabeth Colour Wheel, Dreadnought, Planning For Burial and Deafkids. More recently, it was confirmed that their name will join Jessica Moss at Roadburn 2020. About the record, it seemed senseless not to praise the record on our monthly Overall article. Since then, the full-length just seems to age better and better. So the end of the year is drawing near and there’s a lot of records that deserve the top spots. Here’s one you shouldn’t miss out on. To find more, we had the privilege to talk with none other than Big|Brave’s life force, Robbin Wattie, about their source of inspiration, body politics and art.

Big|Brave has a very navigating sound in terms of the genres you guys brush on, though you seem to have managed to solidify a distinctive identity at this point. How do you feel about not being easily cataloged?

Robbie - This is a good question. I try not to think about it too much as it can fall anywhere between mildly frustrating to slightly entertaining. But all in all, I don’t mind. It allows folks to just see and listen for themselves and take away whatever they need or want to.

With the broadening of your listeners, how has this had an impact in the band? Has it motivated you, has it increased pressure, a little of both or something else entirely?

R - Oh, the broadening of our listeners is a huge positive for us and definitely motivating us to keep on going and possibly produce another album or two!

You have expressed previously that A Gaze Among Them could be understood as the male gaze directed at women. Given that it isn't supposed to be a political album, was this “underlying theme” - if we can call it that - awakened by the 2019 social and political atmosphere?

R - Um... I don't think I necessarily explicitly said that the album is not a political one as it does deal with body politics, race, violence and abuse; being a non-male, non-white person in a heavily white male dominated music scene (“Muted Shifting of Space” and “Body Individual”); abuse through a survivalists perspective and introspective narrative and how they relate to folks and males around them (“This Defining Verity”, “Sibling”); and the “deeply ingrained racism and cultural supremacy that whitewashes atrocities and mass violence and even drives self-proclaimed allies to steer the focus to the needs and feelings of white people” [Chicago Reader article by Jamie Ludwig] (Holding Pattern). So perhaps all in all, I can’t say that it has been awakened by today’s political atmosphere. It is strictly my means of processing how I navigate and interact with the outside world in this body.

This record gave you the opportunity to work with Seth Manchester at Machines with Magnets. Was this your first contact with him or did you know each other previously? Did you feel any pressure, given his latest collection of names he worked with, or did it feel like the exact opposite?

R - We met Seth through touring with The Body. They are good friends with Seth and we played his venue that tour. We were very excited to work with him because of the collection of names, but mainly because of the work he does. He’s thoughtful and hardworking, and his ear is priceless and aesthetic is amazing.

Even though she didn’t participate in the making of A Gaze Among Them, Tasy is the newest member of the Big|Brave family. Besides her notable presence on the drum sections, how important is she to the project?

Going back in time a little, in 2015 you did a European tour in which you visited mostly the UK but also Germany and France, along with other countries. How did that feel to you as a band and what's the touring experience like in your eyes?

R - Oh that first tour was so sweet! I was so anxious and excited! I couldn’t believe I was in Europe and the UK playing this music. I couldn’t believe there were people who wanted to hear us! I still can’t! If I could, I would tour most of the year. As incredibly taxing, trying and difficult as touring is, I do really love it. If not for the chance to see different cities and countries, but for the food and people I get the chance to meet!

There’s this massive expression of untamed emotional crudeness in your music. Is your creative process based on emotion or feeling, or is it a more rationalized one?

R - This is a great question! It is mostly pure feeling and intuition! However a lot of thought does go into it - but thoughts that are propelled by our intuition and emotion.

For those who still haven’t gotten ahold of you, your newest album’s cover art can be a typical “don't judge a book by its cover” kind of thing. It does form a contrast between unruffled and sensitive cover art and a very gutsy and intensively melodic sound. Did the cover come up before or after the songs? What feelings does it invoke in you and how do they connect with the album? What was the thought process behind it all?

R - Technically the cover came after the songs. But the concept and idea transpired before and during recording. The thought process was simply that I wanted colour and something different. I love using oils and manipulating the colours and texture to produce a semi watercoulor effect.

Would you say painting is a second passion for you? When did you first make contact with that art form?

R - Oh thank you for asking this. Painting was actually a first passion - or rather, drawing was and then came painting and then came music. I have been drawing ever since I can remember and painting whenever I had the resources to do so. I even studied visual arts in both College and University, Illustration and Design, and Drawing and Painting were my concentrations. I only started playing music ten years ago when I was about 25 yrs old.

To wrap this interview up, what have you guys been listening to lately?

R - I've been listening to a variety of music. A lot of Coltrane (both Alice and John), Tirzah, Kali Malone, Marisa Anderson, a lot of deep soul from the 60s. And recently I’ve taken a deep dive into some of the music I had listened to in the 90s. 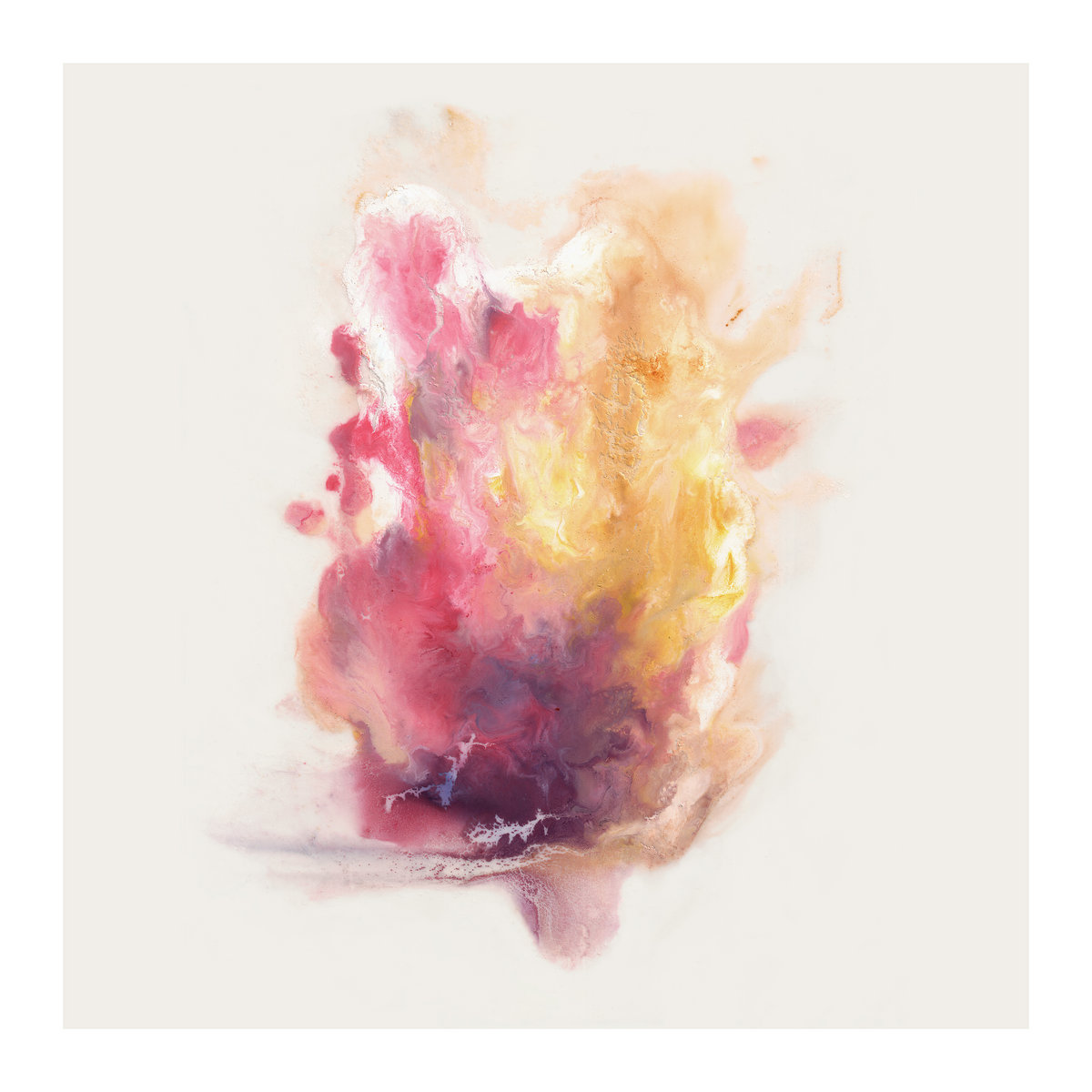 Capa do álbum A Gaze Among Them.